“Come From Away” at DPAC Will Restore Your Faith in Humanity 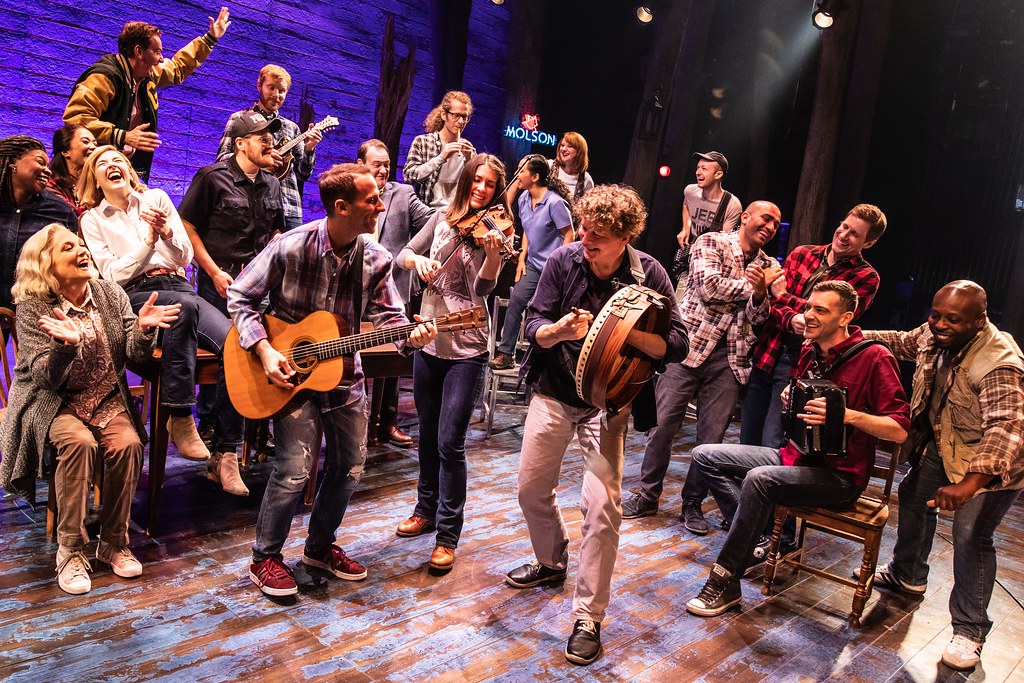 Everyone has a story about where they were that day. September 11, 2001 was a day none of us will ever forget and for many it still evokes raw emotions. Even now, almost twenty years later I tend to shy away from movies and stories about that day. I am however drawn to stories that show the good in people and their ability to come together as a community and show the very best of humanity in the face of the worst. That is exactly what the musical Come From Away is all about. Going into the show at DPAC this past Tuesday I wasn’t sure exactly what to expect. I purposely had done very little research about the show beforehand so I could go in with an open mind. What I experienced that night was a wonderful uplifting performance about the power of community and strength of human spirit. Yes, the backdrop of this story are the attacks, but its focus is on the good born out in response and not the dark.

“Come From Away” is the inspiring story about how a small town in Newfoundland that unexpectedly finds themselves host to over 7,000 stranded airline passengers from 38 planes diverted to their small airport in the wake of the terrorist attacks that day. The musical opens by introducing us to the residents of the small town of Gander played by twelve actors who tirelessly perform nonstop on stage for over an hour and a half with no intermission as they use small wardrobe changes to seamlessly transition from portraying local townsfolk to stranded plane passengers. There isn’t an actor on stage who doesn’t find themselves playing at least three different parts. 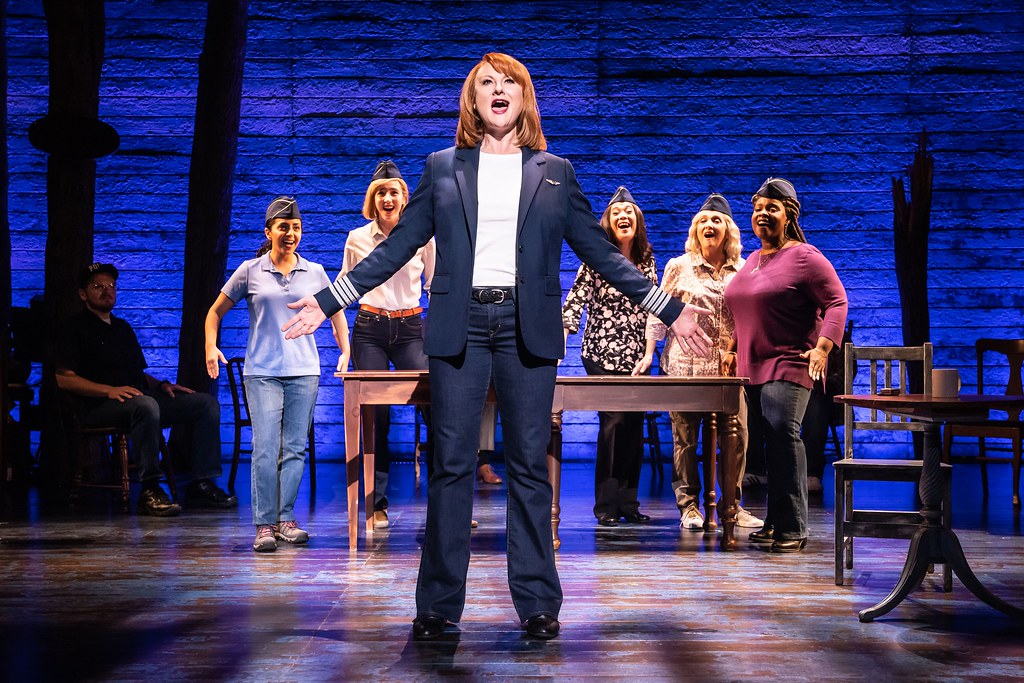 I can’t say enough nice things about this cast as each and every one of them knocks it out of the park for each character they play. They are each wonderful in their own way as they capture the anxiety of the plane passengers starving for information as they wait stranded on the tarmac. And they bring a wit and humor to their roles as residents of Gander as they struggle to deal with the logistical issues that come with the sudden influx of people from around the world in their small town.

The set is simple and modest with just a few tables and chairs to quickly change scenes between the plane and shelters throughout the town. Set designers make clever us of a rotating stage to create motion and the transition of time as the passengers and locals slowly come to terms with unfolding events as the stranded passengers settle in to the town over five days amid local scrambling for supplies to provide for them and the new arrivals struggle to come to terms with what happened and connect with their loved ones in the United States to let them know they are alright. 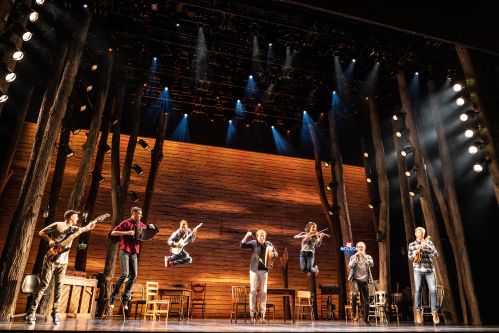 A few of the standout performances for me we delivered by Marika Aubrey, who plays Captain Beverly Bass, the first female captain of an American Airlines plane. She has a wonderful solo, “Me and the Sky” that captures her lifelong desire to fly and her dismay at the use of the things she loves as a weapon.  Chamblee Ferguson is delightful as Nick, a Brit who finds himself falling for a fellow passenger named Diane (played by Jenny Ashman) from Texas. It isn’t all laughs however as some of the harsh realities of the events that day impact some of the passengers directly. Hannah, played by Danielle K. Thomas reminds brings levity to the story as she anguishes over not being able to reach her son who is a New York firefighter. In the end the passengers and the townspeople all lean on each other to help one another cope with the unfolding events of the day.

I also need to give a quick nod to the amazing musicians in this production. They are on stage hidden behind a few trees on the set, and simply put they are FANTASTIC and bring a special energy to the show. I am so glad they have their moment to shine during at the final curtain!

At its core this show is about how even during the darkest times people will open their hearts and their homes to help strangers in a time of need. You will experience the full range of emotions seeing this production, but I promise you will come out smiling and feeling optimistic about humanity. This show is not to be missed. Truly one of my all-time favorite performances at DPAC.

“Come From Away” has performances at DPAC through Sunday, January 19th. For tickets visit https://www.dpacnc.com/events/detail/come-from-away.