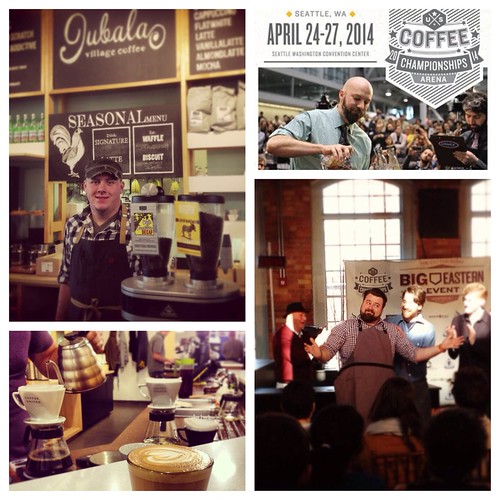 This is a huge week for the US specialty coffee industry and of course the Triangle is right in the thick of it. Tim Jones of Jubala Village Coffee in Raleigh and Jonathan Bonchak of Counter Culture Coffee in Durham head to Seattle this week to compete among the nation’s best baristas and coffee professionals in the 2014 US Coffee Championships (USCC). Scott Conary, President of Carrboro Coffee and Chair of the SCAA Competitions Committee is will also be attending the USCC on the other side of the counter with the competition judges.

Tim is putting his skills to the test in the US Barista Championship, while Jonathan is competing in the US Brewers Cup. These two gentlemen have been working tirelessly over the past few months to prepare to go up against the nation’s best. Please join me in wishing them both good luck as they wrap up their final week of planning. If you would like to follow along this weekend the event will be streamed live online here starting on Thursday. You can also track the action via twitter coverage provided by @SprudgeLive. Visit the event website for the complete schedule of events. 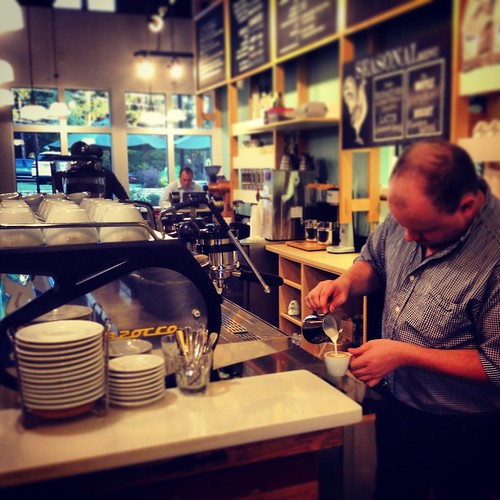 US Barista Championship Explained (From the Official Website)
“The United States Barista Championship (USBC) is a platform for baristas to enhance their espresso beverage making skills through an exciting and challenging competition. In 15 minutes, the barista must prepare and serve espressos, cappuccinos, and a personally designed signature beverage for four sensory judges; all while being assessed on their preparation abilities by two technical judges. The USBC is more than a competition; it’s a place to develop community and meet other coffee lovers from across the US. Throughout the year, baristas from all across the country compete in six regional competitions to qualify for this national event and the winner of the USBC will go on to represent the United States in the World Barista Championship.” 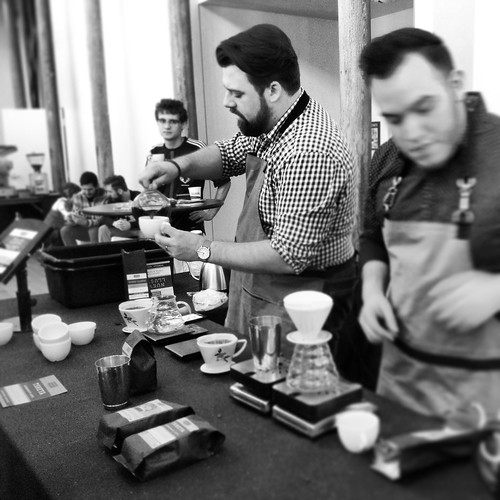 US Brewers Cup Explained (From the Official Website)
“The United States Brewers Cup is an exciting competition that highlights and celebrates the fine art of manual brewing. Competitors are judged in two rounds by skilled coffee tasters. The first round is a blind tasting, the competitors all brew the same coffee on their chosen manual deceives. Those who advance to the second round will brew and present their chosen coffee to the judges’ panel. The winner of the US Brewers Cup will represent the United States in the World Brewers Cup Championship.” 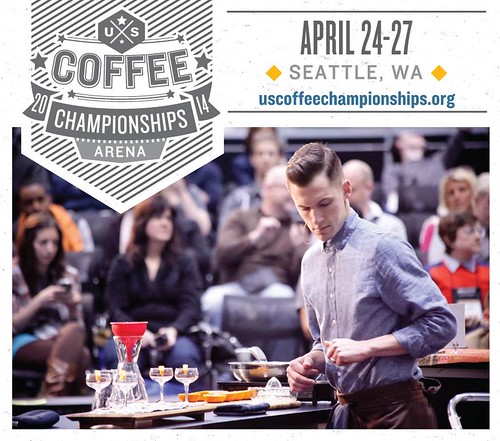