The team at Big Boss Brewing Co.sharing about their beer

Last week I had a chance to visit Big Boss Brewing Company in Raleigh to check out their new taproom space and try some of their new beers. The brewery has retrofitted their existing space in Raleigh to include a spacious new taproom with additional seating and more taps. The new space is currently open on weekends and available for special events. 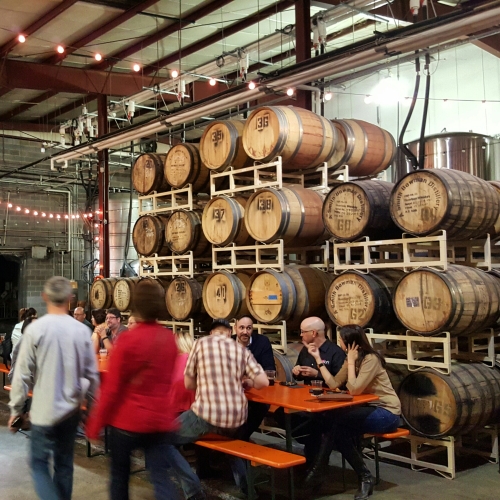 New taproom space can host up to 21 taps

In April keep an eye out for Big Boss’s Horsefly, a wheat ale aged in wine barrels for  300 days and the 10th anniversary edition of their Monkey Bizz-ness. Their popular farmhouse ale aged in fresh oak barrels for 90+ days. I’ve always been a fan of Big Boss and am happy to see the new additions to their space and beer lineup. Be sure to check both out soon.