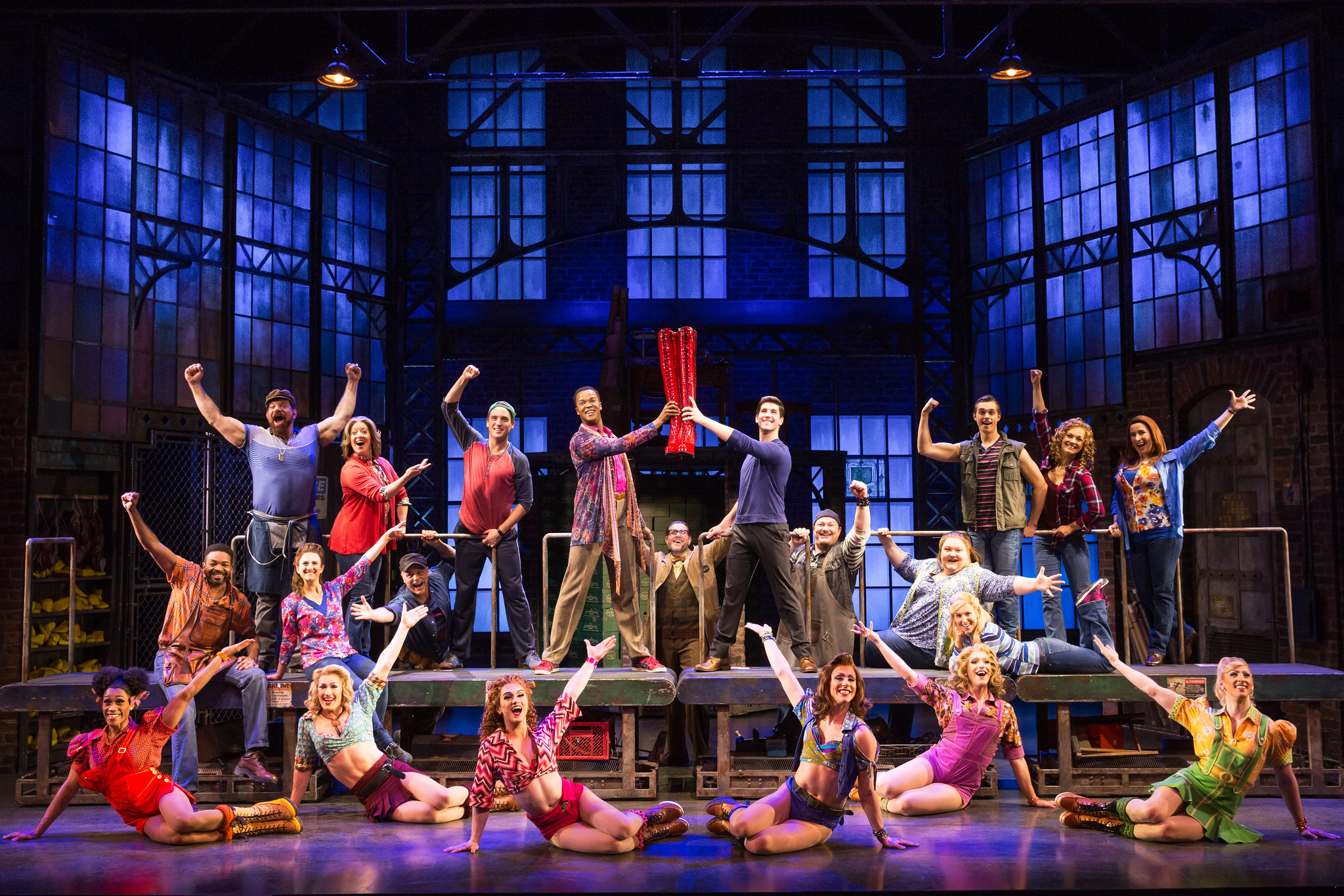 Back by popular demand, Kinky Boots, the smash-hit musical that brings together four-time Tony® Award-winner Harvey Fierstein (Book) and Grammy® Award-winning rock icon Cyndi Lauper will return to the Durham Performing Arts Center next week for shows September 13th-18th as part of the Encore Broadway at DPAC series. 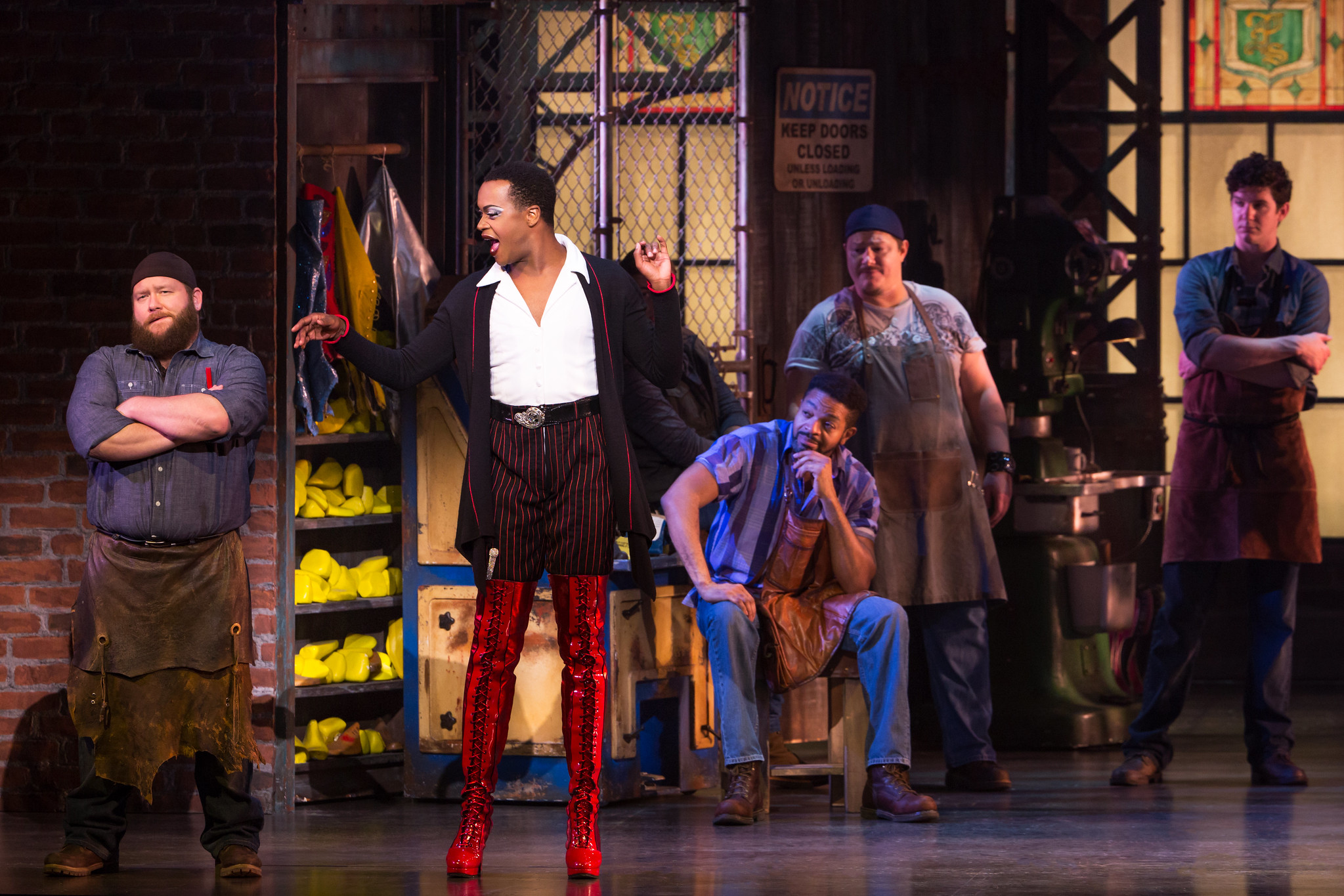 Aaron Walpole, J. Harrison Ghee and the cast of the National Tour of Kinky Boots (Photo by Matthew Murphy

Inspired by true events, Kinky Boots takes you from a gentlemen’s shoe factory in Northampton to the glamorous catwalks of Milan. Charlie Price is struggling to live up to his father’s expectations and continue the family shoe business of Price & Son. With the factory’s future hanging in the balance, help arrives in the unlikely but spectacular form of Lola, a fabulous performer in need of some sturdy new stilettos. 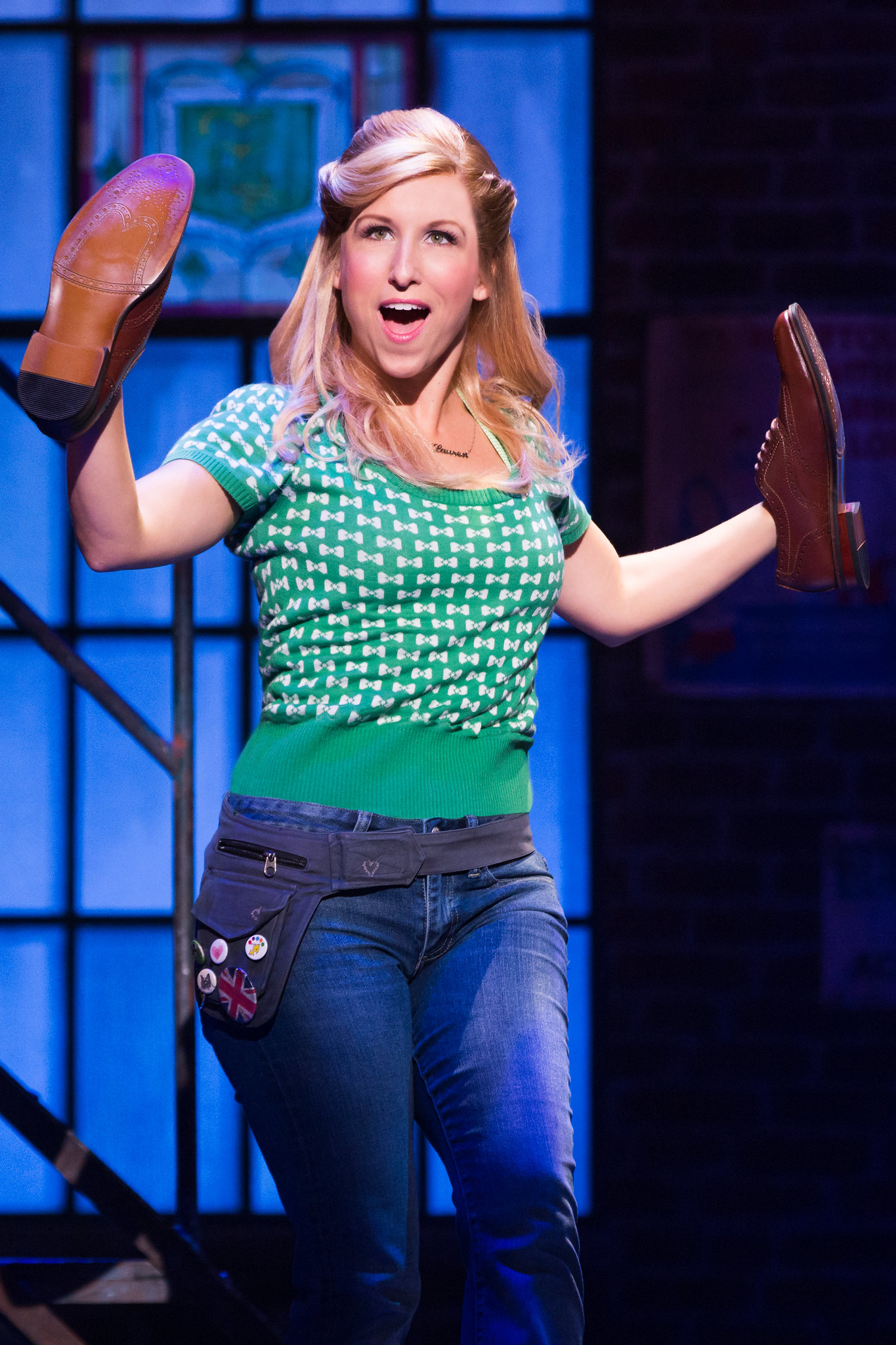 In preparation of the productions run in Durham next week I had the opportunity to speak with one of the leads – Tiffany Engen, who after enjoying roles in the age productions of Legally Blonde and Rock of Ages, and roles in films like Hairspray joined the Kinky Boots cast last November.

Can you tell me a little bit about your character?
“I play Lauren who is one of the workers in the shoe factory and the love interest of Charlie – the owner of the business who takes over after his father passes away. I love my character because she is unique, funny and strong but sensitive. She is actually the one who has the “Light bulb” moment and comes up with the idea of finding a niche market to save the factory.”

Do you get to wear the Kinky Boots?
“Yes, actually at some point all the characters in the show wear boots. We all have our own pair. It is quite fun during rehearsals when the performers put them on for the first time – especially the guys. They look like bambi on ice, they slip a lot at first, but they get the hang of it!”

What is your favorite number in the show?
“There are so many great songs in the show, but I really like one my character does called “History of the wrong guys” which has a very strong Cyndi Lauper vibe. Actually Cyndi did all the music and songs for the show – original tunes. Many people don’t realize all the different influences she pulled into her music for the show. There are of course rock-n-roll influences, but also pop, gospel, and disco references.”

What is the overall theme of the show, the message it leaves with the audience?
“The show has a wonderful message. It is all about not judging a book by it’s cover and accepting yourself and accepting those around you. Living your life with pride and leading with love.”

Kinky Boots  plays at the Durham Performing Arts Center September 13th through the 18th. For more information and to order tickets visit http://www.dpacnc.com/events/detail/kinky-boots-1.