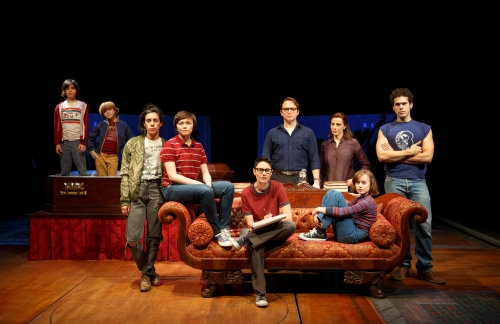 Fun Home, the groundbreaking and Tony Award-winning Best Musical, will hit the DPAC stage next week with shows October 25th – 30th for its premiere Triangle engagement.

Based on Alison Bechdel’s best-selling graphic memoir, Fun Home introduces us to Alison at three different ages as she explores and unravels the many mysteries of her childhood that connect with her in surprising new ways. A finalist for the Pulitzer Prize, Fun Home is a refreshingly honest, wholly original musical about seeing your parents through grown-up eyes. 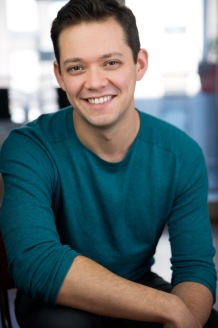 In preparation for seeing the show next week I had a chance to speak with Robert Hager, who plays several different characters in the show that pop up at different time periods in Alison’s life. Robert shared how Fun Home is unique from other musicals in that it doesn’t follow the typical formula of big flashy numbers. As he describes it “Fun Home has a more intimate feel – more like a play with music”. Even more importantly, Fun Home is first show to hit Broadway with a lesbian as the leading character.

The main character, Alison, is played by three different actresses portraying her at different ages in her life. Incidents are told and re-told in the light of new information or themes. “The story is not told in a linear fashion” explains Robert. “It is narrated in present time by Alison (now 43) as she looks back on her life and her relationship with her father”.

Robert also mentioned that the traveling production will have a slightly different feel than when the show was on Broadway where Fun Home was at the Circle in the Square Theater. “On Broadway, the show is performed on a circular stage surrounded by the audience that goes only 10 rows deep.” According to Robert the traveling production will have a more “cinematic feel” as it is performed on more traditional stages like the one at DPAC.

Fun home has it’s lighthearted moments, but it also has and important message. “This show speaks to the power of communication, not holding a grudge, and not leaving things unsaid”.