How the Grinch Stole Christmas- This Week at DPAC! 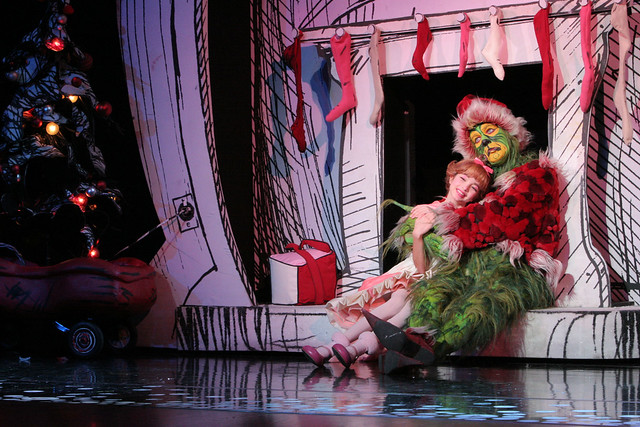 Just in time for the Holidays, DPAC is proud to present the Triangle return of Dr. Seuss’ How The Grinch Stole Christmas! The Musical beginning November 29th through December 4th as part of the Encore Broadway at DPAC series. This is a special year for touring companies of The Grinch. It’s been 10 years since the show’s debut on Broadway and 50 years since the original broadcast of the animated television classic, which originally aired on CBS on December 18, 1966. 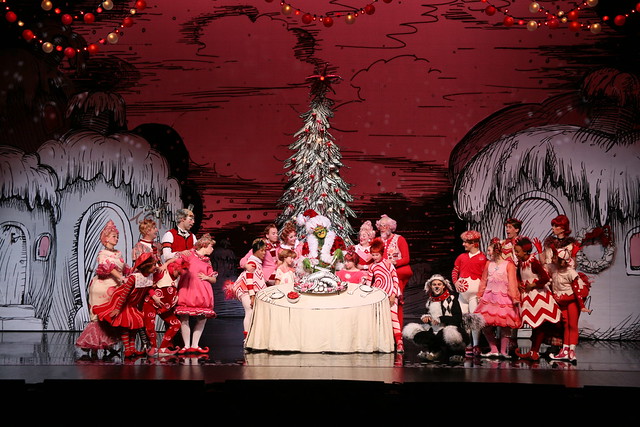 I just caught the cartoon over the weekend and am looking forward to seeing the show come alive on stage with the magnificent sets designed by John Lee Beatty and costumes designed by Robert Morgan. All of which are inspired by Dr. Seuss’ original book, while the Music and Book of Mel Marvin and Timothy Mason breathe new life into this timeless story. 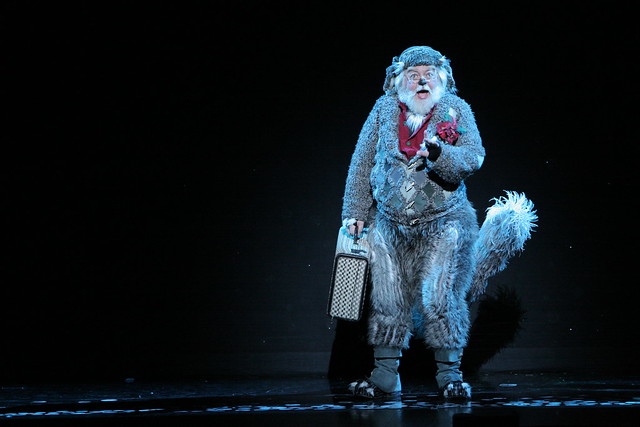 In preparation for the show’s arrival in Durham this week, I had a chance to speak with Bob Lauder who plays “Old Max” in the production. You might recall that ‘Max’ is the Grinch’s little dog. You know, the unfortunate little pup that takes the place of the reindeer and pulls the Grinch’s sleigh filled with the gifts he stole from Whooville? In the stage adaptation, Old Max serves as the narrator, reminiscing on the events that happened  all those long years ago when he was a younger pup.

A native of Southern California, Bob has been performing his entire adult life. He’s shared the stage with Eric McCormack (Will and Grace), John Lithgow (Third Rock), Kristen Chenoweth, Robert Picardo (Star Trek Voyager), Cab Calloway, Joel Grey (Cabaret), Phyllis Diller, Marni Nixon, Marvin Hamlisch and comedian Red Buttons. When I spoke with Bob he told me that he really looks forward to playing this role every year (this will be his 7th season). Bob is an accomplished operatic baritone as well, he’s sung across the country with opera companies. You’ll get to hear his deep baritone voice in some of the shows’ most popular tunes.

When asked about what to look for in the show Bob was quick to point out the incredible sets. “The sets are simply amazing. It’s like they have been pulled right out of the book. Just like Dr Suess imagined them, but in 3D!” And while the costumes are equally impressive, this production should not be thought of as simply a costume show. “It’s much more than that, it’s about family, coming together, and where you belong”. Speaking of costumes, while the Grinch at first glance might be a bit scary looking to some as Bob explains it, “He’s a fun scary. To the children it’s a comedic evil. A big silly bad guy they can laugh at.”