“The Bodyguard” Opens at DPAC Next Tuesday! 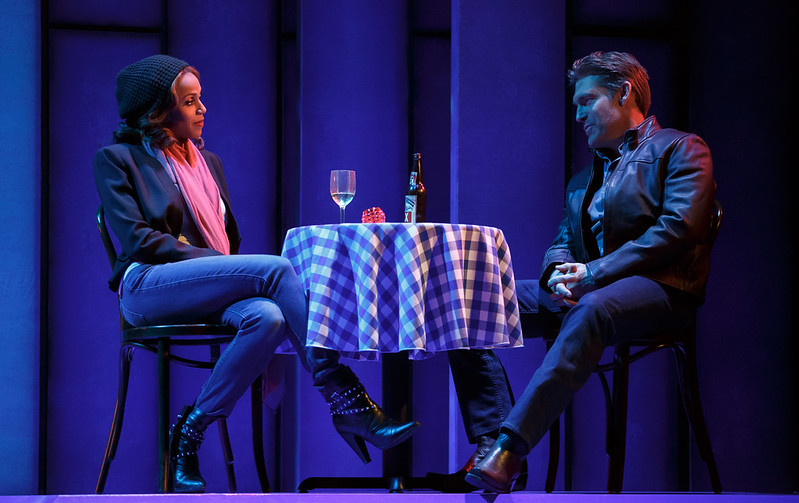 Next week “The Bodyguard” musical takes the stage at the Durham Performing Arts Center with shows running from Tuesday, March 14th through Sunday, March 19th. The musical is of course adapted from the blockbuster 1992 movie stared Whitney Houston and Kevin Costner and generated a hit soundtrack that was nominated for four Grammy Awards.

The show tells tells the love story that starts when former secret service agent turned bodyguard, Frank Farmer (played by Judson Mills), is hired to protect superstar Rachel Marron (played by Deborah Cox) from an unknown stalker. This isn’t your typical musical though. Expect some showstopping performances by Cox as she sings several hit songs like “So Emotional,” “One Moment in Time,” “Run to You,” “I Wanna Dance with Somebody” and one of the biggest selling songs of all time – “I Will Always Love You.”

I had the opportunity to speak to Judson Mills earlier this week to learn what it is like to play a role made famous by Kevin Costner and learn more about his time with the production. Judson has a long career of working in television and movies with roles in popular shows like Walker Texas Ranger and more recently Westworld. I was curious what it was like to make the jump back to the stage. He was was a lot of fun to talk to and I can’t wait to see him and Cox on stage together next week.

How did you land the role in show and get back into theater after years in television?
“I attended the American Academy of Dramatic Arts for Stage & Theater. My first roles were in theater but I had the opportunity to do some TV work early one joining a daytime soap opera. That lead to several years of TV work. I was actually roommates with Alex Dinelaris who made The Bodyguard adaptation from film to stage. They were having trouble filling the role of Frank Farmer and he reached out to me. We got together and put some scenes of me on an iPhone one afternoon and that lead to me getting the part”

How is working on stage different from your work in TV and movies?
“Oh wow, it is so different. Of course there is nothing quite like live performances. It’s not like TV where you get to try again if you mess up a line or scene. There is just one take on theater and you have to keep on going. In theater you can run into missed cues, props that aren’t there, even the occasional minor injuries….but you only get one take… the show has to keep going.”

With a role like this how do you approach it to make it your own?
“I’m a big fan of Kevin Costner and of course there is always a little added pressure when you play a role made famous by an actor like him. But you always try to bring your own version of a role to life. You aren’t trying to duplicate the actor. You are playing the role and I like to allow my own Frank Farmer to develop. I like to think there is a little bit of me in the character. It has been a lot of fun playing in this role.”

Do you get to sing in the show?
“Ha! Yes I do get to sing once. I don’t want to give too much away though. Lets just say a karaoke machine is involved. It is a fun scene and the audience will really enjoy it. But we leave the majority of the singing to Deborah. She is amazing really. There are 13 songs in the show and she has to act, dance and sing and she is wonderful through all of it.”

How do you and the cast get along?
“It is just great. I know it sounds like a cliche but we are a tight family. It really is an amazing hard working group. I’m having a lot of fun and proud to work with them all.”

What is next for you?
“The show is my central focus right now. There is some talk of it making to Broadway which would be amazing. We will see where that goes. I’m just enjoying being a part of this production and working with the great cast and ensemble.”

“The Bodyguard” opens at DPAC on Tuesday,  March 14th and runs through Sunday, March 19th. For tickets visit https://www.dpacnc.com/events/detail/the-bodyguard.