“Something Rotten” at DPAC April 4th-9th 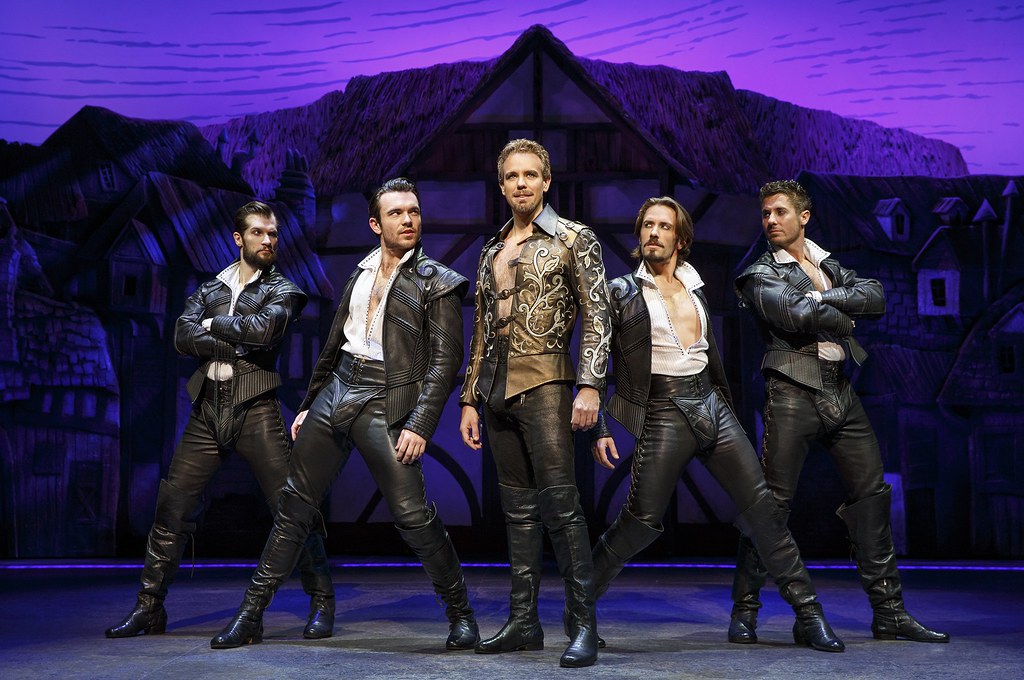 Something Rotten! is fresh off a two-year run on Broadway and now on a it’s national tour that began back in January. This hilarious musical brings loads of laughs and an amazing score to the Durham Performing Arts Center with shows from Tuesday, April 4th through Sunday April 9th.

Based on the book written by Karey Kirkpatrick and John O’Farrell, the musical follows the Bottom brothers, Nick and Nigel who are English playwrights during the renaissance. Their careers are on the skids and they are desperately trying to come up with a new show to best their local competition, none other than William Shakespeare, played by Adam Pascal. To get a jump on the competition, Nick seeks the advice of  a soothsayer, Nostradamus (Blake Hammond), to tell him what the next “big thing” in show business will be Nostradamus tells Nick that musicals will be the new hit on stage and erupts into the hilarious number “Musicals” that pays homage to iconic Broadway shows. Nick then sets out to write the first musical ever in order to be more loved than Shakespeare and madness ensues that will keep the audience laughing.

In advance of the show coming to Durham I had the wonderful opportunity to speak with Blake Hammond to talk about his role as Nostradamus and what it is like to be part of such a hilarious musical.

You have been in a lot of great productions over the years. Can you talk a little about that first “Big Role”?
Why thank you, yes it is true. I have performed throughout the country many times on both Broadway and regional stages. As a young man I was in Chicago for a long time. While there I saved up some money to give working in NYC a shot. Not long after arriving in New York I got my first off-Broadway role in ‘When Pigs Fly’. While in that show a casting director brought me in for ‘On The Town’. That would be my first Broadway show and things just really took off from there! Since then I’ve done a number of Broadway and national tours.

Before joining the cast of Something Rotten! you have played some iconic roles like Uncle Fester in The Addams Family and Edna in Hairspray. What are some of your favorite memories from those roles?
That’s a tough question! But I think my fondest memory from Hairspray was when my two brothers drove up from Texas to see the show. They got a real kick out of seeing me in that role and it meant a lot to me. As for my time in The Addams Family I would have to say the opportunity to perform the “Moon and Me” number.  Everyone always loved that number and so did I. It was magical.

What do you like the most about being on the road?
My favorite part of touring is the actual change of venue. We get to play so many wonderful theaters across the country and meet new people and it can really help in keeping a show fresh and on it’s toes.

Speaking of being on the road, with Doing so many performances a week what do you like to do on your days off from performing?
We do eight shows a week while on tour which takes a lot of energy. I do a lot of stretching, and warming up and getting your body ready for the performance so on my days off I really enjoy just taking it easy and relaxing reading books and watching films.

Have you been to Durham before?
Yes! I was in Durham for the national tour of the Adams Family. I love North Carolina and look forward to visiting again when the company comes to town!

Something Rotten! opens at DPAC on Tuesday,  April 4th and runs through Sunday, April 9th. For tickets visit https://www.dpacnc.com/events/detail/something-rotten

One response to ““Something Rotten” at DPAC April 4th-9th”