“Les Misérables” Brings Tragedy and Humanity to the DPAC Stage 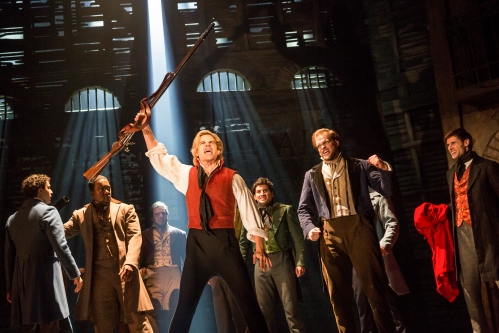 Next Tuesday Les Misérables opens at the Durham Performing Arts Center with shows running through Sunday, February 4th. Along with the Oscar-winning movie version, this Tony Award-winning musical (now in its 32nd year) has been seen by more than 130 million people in 44 countries and in 22 languages throughout the world, but this will be my first time seeing the production on stage.

The show is on its national tour direct from an acclaimed two-and-a-half-year return to Broadway back in 2014. Adding to my excitement to seeing the show, I hear the production has wonderful new staging and a host of reimagined scenery that is inspired by the paintings of Victor Hugo – and it has audiences raving.

Set against the backdrop of 19th-century France, Les Misérables tells an enthralling story of broken dreams and unrequited love, passion, sacrifice and redemption – a timeless testament to the survival of the human spirit. Featuring the thrilling score and beloved songs “I Dreamed A Dream,” “On My Own,” “Stars,” “Bring Him Home,” “One Day More,” and many more. 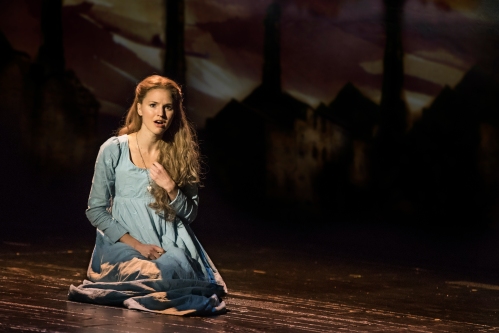 In preparation of seeing the show, last week I spoke to Melissa Mitchell, who plays Fantine in the production talked about what it is like to play a tragic character in such a timeless story.

What is it like to play a tragic character like Fantine?
“Well, I was the understudy for Fantine and Cosette in the 2014 revival on Broadway so it has been great to make the jump to playing Fantine night after night on the tour. The source material is so rich. She is a woman of great grace and strength who lives selflessly for the good of her daughter. To prepare each nigh I like to think that each night I am embarking on Fantine’s “journey” and it has been thrilling, challenging and at the same time heartbreaking. Over time I feel like I am building a different relationship with the character and it grows each time I go on her journey”

Why do you think this show has remained so popular with audiences?
It is a powerful story of humanity. It is timeless. It shows the dignity of being human no matter what the circumstances. In this show the characters are faced with suffering and persevere in the face of difficulty. Exemplifying the beauty of the powerful fight of the human spirit.  It is inspiring, poignant, unifying and uplifting. It is something everyone can relate to in their own personal way.

How has being a part of this production helped you grow as an actor and a person?
My sense of purpose is strongly influenced by my desire to grow more fully into the person I was created to be. The circumstances of my life may evolve over time, but through all the circumstance I dream of becoming a more selflessly loving person, and growing in my relationship with God, my family and friends. Playing the character of Fantine requires a lot of trust and surrender. Right now I am pouring myself into this role and the production as they both help me on this journey.