‘The Illusionists’ Bring Amazing Magic to DPAC May 11th & 12th

The Illusionists tour is  coming to DPAC for a limited engagement May 11th and 12th. This show showcases the jaw dropping talents of five world-class Illusionists creating a non-stop show packed with thrilling and sophisticated magic that will blow your mind.

The current tour features Trickster (Jeff Hobson), The Inventor (Kevin James), The Manipulator (An Ha Lim), The Daredevil (Jonathan Goodwin) and The Deductionist (Colin Cloud). All five bring their own unique talents to the stage for three performances this Friday and Saturday in Durham.

I recently spoke with Colin Cloud (The Deductionist) by phone to get the inside scope about what it is like to be part of the show and how he developed his amazing “mind-reading” skills. Colin was a semifinalist in season 12 of America’s Got Talent and  has been described as the “Sherlock Holmes of Entertainment”.

He is known for mixing comedy with his amazing skills of deduction while performing around the world everywhere from Off-Broadway, New York, to Caesars Palace in Las Vegas. As forensic mind reader he will know what you’ve had for lunch, where you’ve been that day, what you do for a living, the car you drive, even your PIN code. He can read you like a book! 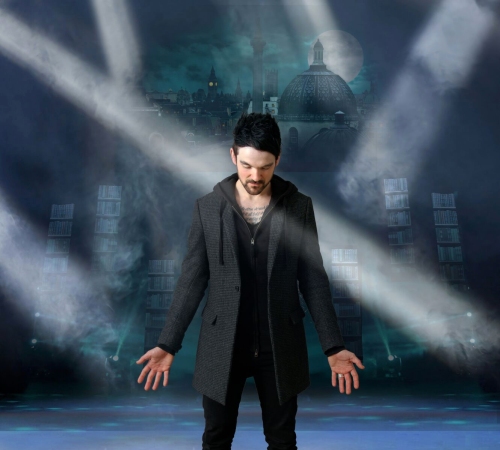 What was your inspiration for getting into the art of “Deduction’?
I was around eight years old I picked up a book with a character called Sherlock Holmes and he was deducing things about people. It totally  blew me away.  I totally thought this guy was real, but when I was ten I discovered that this guy never actually existed and I totally gutted. Yet, I was totally fascinated by everything that he did and I was really into the sciences, psychology and  understanding how people tick.

How did your education prepare for for a life as an entertainer?
When I started studying forensic investigation at Glasgow Caledonian University at the age of 16 o study Forensic Investigation. While I was there I discovered stand-up comedy. I realized that comedians are really good at observing the world. So I started getting into stand-up comedy and mixing the weird psychological tricks and techniques that I was developing and creating, and before I knew it forensics led to me performing. When I finished school I had the choice: do I continue a career in labs or do I want to travel the world and have a ball onstage?

What is it like sharing the stage with other performers?

The caliber of magicians that this show has is world class. I am excluding myself here LOL! I am talking about the other guys. They are some of the greatest names in magic. These are guys who are hailed by other magicians as being the living legends of magic today. THey are amazing to work with and audiences love them.

What makes this show different?
I think being able to create your own material, perform your own material, and do it in a way where you engage the audience, those three things when they overlap is rare. The fact that The Illusionists company are performers that all do that is really what sets us apart and makes our show so special.

The Illusionists will perform at The Durham Performing Arts Center May 11th & 12th. For tickets & more information visit: https://www.dpacnc.com/events/detail/the-illusionists