“Fiddler on the Roof” Opens at DPAC Tonight! Fiddler on the Roof (photo by Joan Marcus)

This Tuesday night at DPAC Tony-winning director Bartlett Sher brings his fresh take on a beloved masterpiece to life with “Fiddler on the Roof” direct from Broadway. With a wonderful cast and a lavish orchestra this show is full of classic songs and universal themes as It tells  the heartwarming story of fathers and daughters, husbands and wives, and the timeless traditions that define faith and family.

Based on tales by Sholem Aleichem, the story revolves around Tevye a poor milkman living in the small Russian village in 1905. With five daughters, a demanding wife, and the threat religious persecution a struggle emerges to balance religious beliefs and traditions against the ever changing realities of family and community. 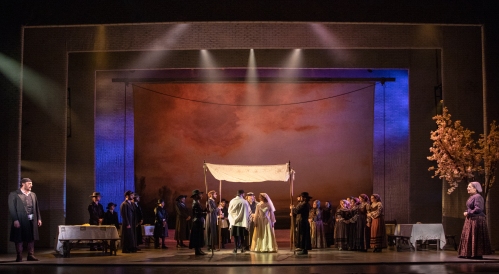 Fiddler on the Roof (photo by Joan Marcus)

In preparation for opening night I had the honor to speak with Carol Beaugard who plays matchmaker Yente in the touring production. Beaugard has appeared in many off-Broadway roles, and worked in both film and television. Although she has always had the bug for acting she only started doing it full time a few years ago after three decades working in radio and Fiddler is her first experience in a touring cast. She was a  lot of fun to talk to and brings a lot of positive energy to this exciting production. 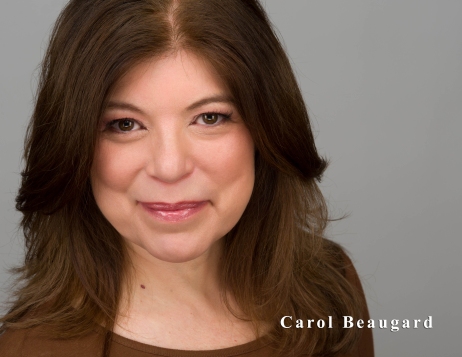 How did you prepare for the role of Yente?
The Yente character is the “matchmaker” of he village. Her job was to ensure families would continue. She is very proud and well respected in the community.The first several days of rehearsal we were immersed in history. The goal in this production is to play the characters realistically and be true to how people in those situations would behave during that time period. Our director Bartlett Sher talked to us about the history of Fiddler on the Roof and how it’s based on tales by Sholem Aleichem. I read historical books about the Jewish culture during 1905 and  worked closely with a dialect coach to develop Yente’s speaking style.

How has your work in other roles prepared you for touring?
Working Off Broadway has given me the opportunity to work on great stages and often to create original characters in new works involving intense research and character development. Last year I made my Carnegie Hall debut in a work for actors with an orchestra portraying a Russian Jewish immigrant in Ellis Island, Dream of America. I also played a Jewish mother in the Off Broadway show Jackie Mason, the Musical.

What do you like to do during your downtime while on tour?
I love to immerse myself in every city we visit. I’m a history buff and love exploring the local history of each stop on the tour. But most of all I like to explore and meet everyday people everywhere we go and have conversations with them to broaden my horizons and experience the relationships and beauty wherever we go.

Why do you think Fiddler on the Roof remains such a popular musical?
This is a musical everyone knows and loves, because regardless of who you are or your background everyone can relate to the theme of love and family and we all struggle with the same problems. This show is both funny and serious but most of all it is on a mission of love.

“Fiddler on the Roof” has performances Tuesday, January 8th, through Sunday, January 13th at The Durham Performing Arts Center. For more information and to get tickets visit: https://www.dpacnc.com/events/detail/fiddler-on-the-roof