The Magic of The Paperhand Puppet Intervention

If you are looking for something different to do this weekend I suggest catching a performance by the Paperhand Puppet Intervention. This has been on my Triangle bucket list for years and I finally had the chance to catch them last weekend. The group uses diverse styles of puppetry and artistic expression to create shows that inspire and promote social change. Performances feature giant puppets, masks, multi person marionettes, shadow puppetry, and stilt dancing to create magical larger than life characters to tell a thoughtful and entertaining story.

I saw them perform their latest production, The Beautiful Beast, Paperhand’s seventeenth annual summer pageant. The show explores the relationship between humans, the earth that supports us, and “the beasts” of the natural world and how they are viewed through different lenses as both creatures to fear and adore. In addition to the elaborate visuals of the puppets and masks a critical and equally impressive part of each performance is the live original music performed by a six person band right in front of the audience. Not only do they provide a great score to the show, they are also the source of sound effects and provide narration and vocals throughout the numbers.

This year’s production opened at Chapel Hill’s Forest Theatre last week and runs each weekend with shows Friday, Saturday, and Sunday through September 5th. After that the show will move to NCMA in Raleigh (Sept. 9–11) followed by The Carolina Theatre of Greensboro (Sept. 17–18). I highly recommend catching the show at the Forest Theater as the outdoor setting under the trees is wonderful and really adds a lot to the overall experience.

Tickets for the Forest Theater performances are only available at the door and are sold on a first come first serve basis. Seating is general admission with suggested ticket donations of $15 for adults and $8 for children. Nobody is turned due to lack of funds. For more information vist http://paperhand.org/. 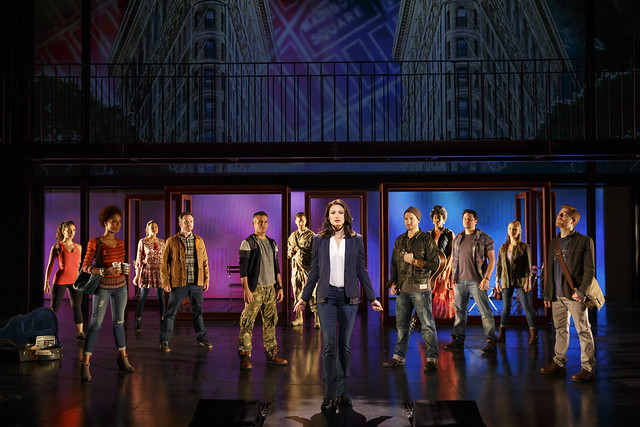 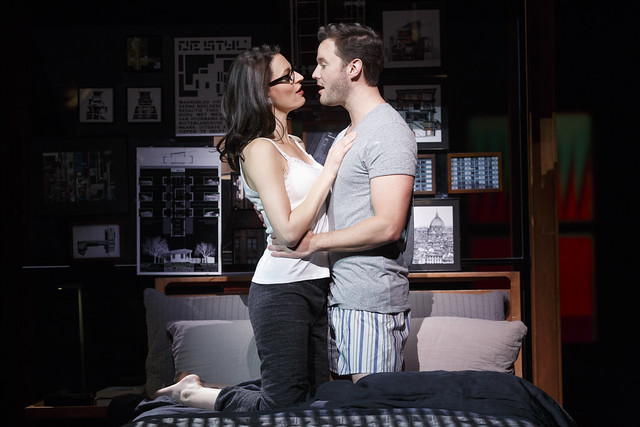 City of Frogs runs August 10th thru September 9th at the Forest Theatre in Chapel Hill with performances every Friday, Saturday, Sunday and Labor Day at 7:00. Matinee shows will be held September 2nd and 9th at 3:00. Tickets are General Admission at the door for a suggested donation of $12 for adults and $8 for children, 2 and under get in free.

Both venues have pre-show performances each night at 6:20 from local bands and musicians. Matinee pre-shows are at 2:20.

City of Frogs weaves together folktales and myths into a modern fable of a wooden boy seeking to find what itmeans to be alive. Along his journey the boy meets a menagerie of oddcharacters:  a junk collector who seeslife in garbage, an ancient witch who has lived so long the forest hastransformed around her, a golem of mud who stops to listen whenever music isbeing played, and so many more.

“The stories we tell are a big part of who we are.” says Jan Burger, director of this year’s show. “Our dreams, ourimage of ourselves, and where we came from are just as important, maybe moreimportant, than what we do for a living.”

For months leading up to opening night the Paperhand studio is a busy hive of creation. Together with apprentices, andupwards of a hundred volunteers, Burger and co-founder Donovan Zimmerman bringthe puppets to life. “Paperhand has evolved with the help of our community and friends. Our vision has become grander than it ever could otherwise. We couldn’t do it without them.” Says Zimmerman.

Paperhand Puppet Intervention was born from the creative collaboration of Jan Burger and Donovan Zimmerman  in 1999.  Their vision isinspired by their love for the earth and its creatures as well as their belief in justice, equality and peace.  Paperhand’s mission is to produce workthat inspires people, promotes social change, and is deeply satisfying for everyone involved.  The puppet shows they create are a synthesis of manyartists and art forms including, but not limited to: sculpting, painting,music, dance, improvisation, costume/set design and theater.

To find out more about the show, theopening acts, volunteer opportunities and sneak peeks behind the scenes visit www.paperhand.org.