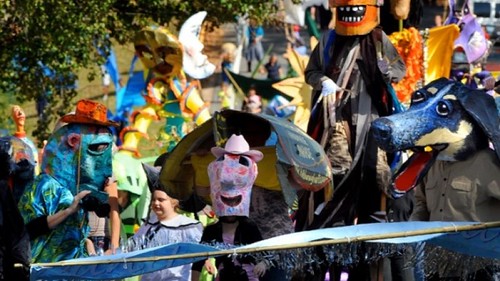 The weather looks great this weekend and there is plenty to do. Everything from neighborhoods carnivals, visiting food trucks, to one of my favorites – the Hillsborough Handmade Parade. Hope you can get outside and enjoy the beautiful fall weekend!

Big Gay Ice Cream Truck in Raleigh
The famous ice cream truck from NYC pays Raleigh a visit Saturday. It will be parked near Poole’s Diner from 3-10pm.
http://biggayicecream.com/blog/2014/10/2/everything-is-going-south.html 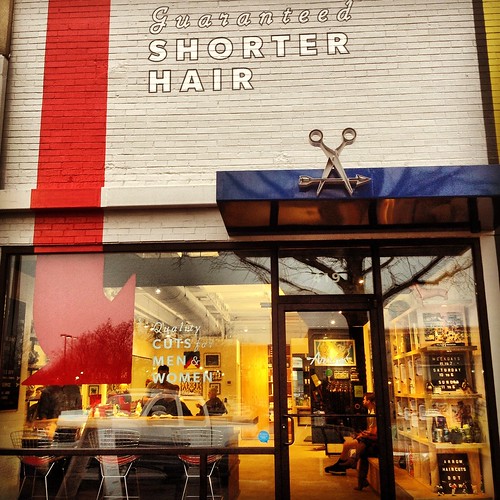 I’ve lived in Raleigh for almost nine years now and have found the Triangle to offer almost everything I need. Yet, in all that time calling Raleigh home the one thing that has eluded me is finding a great place to get my hair cut. I am happy to report that my search is over now that I have discovered Arrow Haircuts.

Arrow is located in the space formerly occupied by the Professional Barber Shop on Woodburn Avenue in Cameron Village. Owner Pete Phipps openeded Arrow to provide an alternative to the national chains and expensive salons. I like Arrow because they serve both men and women providing an excellent cut by friendly staff for a great price in a modern and friendly environment. As an added bonus patrons can enjoy a free beer and snacks while they wait. Their is even a nice display of locally made products (like White Whale cocktail mixers) to browse. These unique added touches and attention to detail make a trip to Arrow feel like a unique experience and the type of place you would want to visit even if you don’t need a cut. 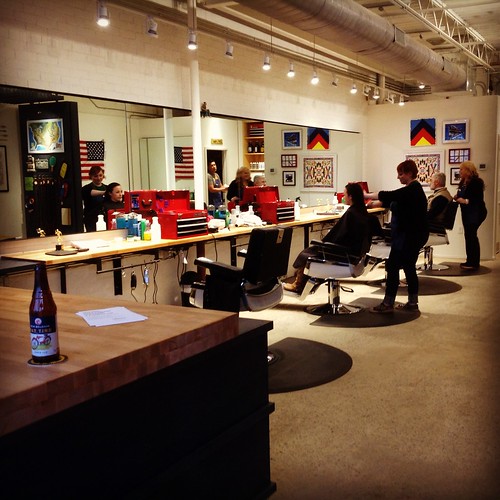 Adding to the community feel, Arrow also holds free special “Arrow University” education events on a monthly basis to bring together people looking to learn “the finer points of being an even better adventurer, connoisseur, and trendsetter. Recent classes included lessons on how fly fish, and tips for the backyard BBQ season. Their next class will be held March 18th at 7:30pm with local sports radio host Joe Ovies. Joe will instruct people on how to fill out brackets for the 1st Annual Arrow March Madness Pool. Winner gets complimentary haircuts for the rest of 2014.

After nine years of bouncing around from place to place trying to get a decent cut I was really happy with the haircut I received at Arrow. I will definitely be a regular there. Arrow offers men’s, women’s and children’s cuts. Prices range from $15 for a men’s buzz cut to $36 for  ladies long cut. My cut was $18 because I went for a regular cut with both buzzers and scissors.  They also offer shampoos for $3, and shaves with a hot towel and straight razor at $25 (I want to try this!).  Discounts are provided to students and those who serve in the military, police and fire departments. I highly recommend you try them for your next cut. If you do visit Arrow be sure to let me know what you think!

Around this time every year I am reminded just how colorful the Triangle becomes with the arrival of the spring.  I make sure I always carry my camera with me as the weather warms up because I never know when I will come across the perfect shot of vibrant spring colors like the purple flowers of an eastern redbud getting ready to leaf out or the blazing red blooms of a azalea bush.  Two years ago this week I went out on a quest to find some nice spring shots and I discovered Cameron Park, one of the most amazing historic neighborhoods in the Triangle.

This neighborhood is hands down one of the most beautiful and historic communities in downtown Raleigh.  Nestled between Hillsborough Street and the Cameron Village Shopping area Cameron Park has the distinction of being one of Raleigh’s first “planned” suburbs.

It was developed in 1910 on land that was once part of the Duncan Cameron plantation.  It quickly became the most exclusive of Raleigh’s three major early 20th century neighborhoods and was designed to attract the upper middle class.  It is hard to believe, but back then the lots sold for $1,000 to $2,500. The restrictive covenants on the lots at the time specified that a home within the neighborhood must cost at least $3,000 to build.

While it is located within walking distance of modern day shopping and downtown attractions, the neighborhood is filled with mature trees and landscaping that make it feel a world away from the hustle and bustle of city life.  The neighborhood features homes with various architectural styles including Queen Anne / Colonial Revivals, along with Georgian, Tudor, and Mission Revivals.  The houses are generally larger in size and were upscale for their period (and still are today for that matter).

For more details on the history of the Cameron Park Neighborhood check out the Raleigh Historic District Commission’s website for additional information. You can also view the rest of my spring photographs taken in Cameron Park in my flickr photo album.