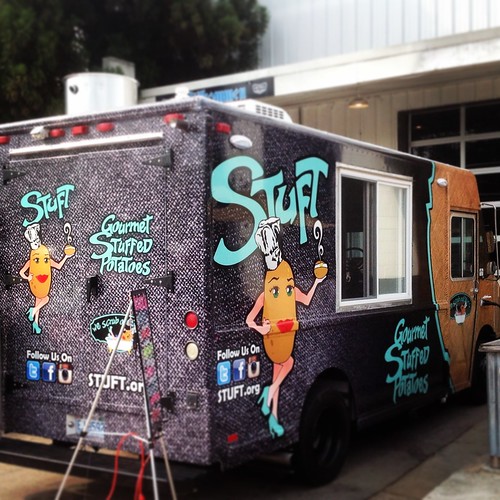 Yesterday I made a quick stop at Big Boss Brewery to snap this picture of “Stuft” – a gourmet stuffed potato food truck that is relatively new on the Triangle food truck scene. I didn’t get a chance to try their menu, but I never met a carb I didn’t like and can’t wait to try some of their food soon. For more food truck action make sure you follow my friend Art over at The Wandering Sheppard. He has the scoop on all the new food trucks and shares weekly updates on the latest Food Trucks events like the upcoming Downtown Raleigh Food Truck Rodeo this Sunday from 1-6pm.

Filed under Food Trucks, Picture of the Week 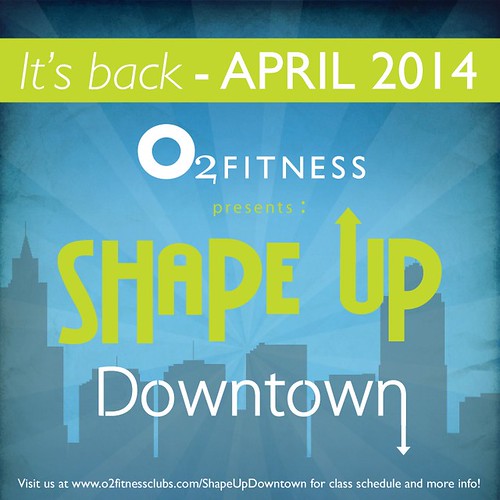 As you know I am getting ready to run in the Rock-n-Roll Raleigh Half Marathon next week.  A big part of my preparation includes cross training at O2 fitness, the largest locally owned fitness company in NC,  where I have been a member for the past four years.  I wanted to pass along the news that O2 is hosting their 4th annual “Shape Up Downtown” event this month in downtown Raleigh. The free event series will be offered every Monday, Tuesday and Wednesday in April, and will give members of the community the chance to try an array of popular fitness classes while enjoying the warmer weather. All classes are free and open to the public (all ages & skill levels welcome). These free classes will take place at 6:00 p.m. on the City Plaza turf located in the 400 block of Fayetteville Street (map).

Happy+Hale ~ Tuesdays at Shape Up Downtown 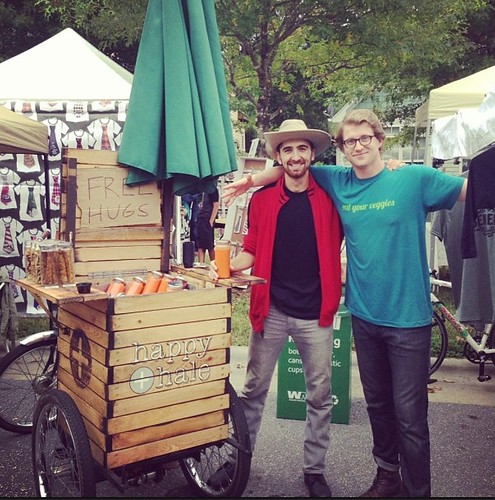 While free classes will be offered every Monday, Tuesday and Wednesday, one weekday in particular will be especially worthwhile. Every Tuesday, participants will be able to refuel with help from Happy + Hale, downtown Raleigh’s popular fresh juice and salad delivery service. The company, which began as a cart operation, will move into the former Collectors Gallery space in May. Happy + Hale will be on site at Shape Up Downtown to pass out free samples of some of their most in-demand drinks and salads including the Kale Krusader, Beet It, Happy Herbs and All Hale Caesar 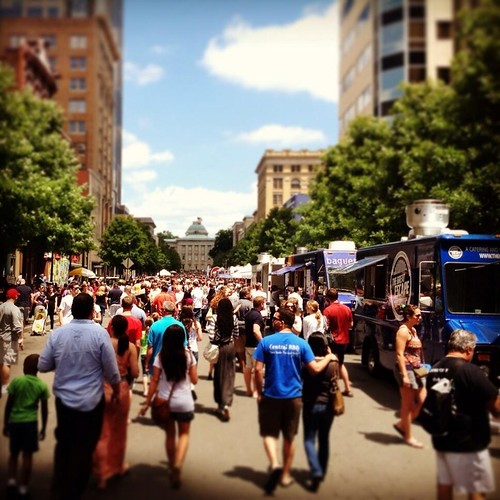 As you may have read earlier this week, the organizers of the upcoming 2014 Downtown Raleigh Food Truck Rodeo season were working to raise the funds needed to produce this year’s events via a Kickstarter campaign. As of yesterday they were still short of the funding goal. That’s when O2 Fitness stepped in and offered to make up the difference to ensure this great community event is able to go off without a hitch.

“We always do what we can to support our local communities, including events like the Raleigh Food Truck Rodeo – a fantastic event that gives people from around the Triangle and beyond a chance to enjoy our beautiful downtown,” said Michael D. Olander, Jr., CEO of O2 Fitness Clubs. “We’re happy to play a part in the success of this year’s event and look forward to chowing down on some great food along with the rest of the attendees!”

The Raleigh Food Truck Rodeos are scheduled for the following dates:

Between Shape Up Downtown & the Downtown Raleigh Food Truck Rodeos there is a lot to look forward to downtown the next few months! Happy exploring!

About O2 Fitness
O2 Fitness is headquartered in Downtown Raleigh and is the largest locally owned fitness company in North Carolina. By hosting events such as Shape Up Downtown, which kicked off earlier this week, O2 Fitness continues making it clear that it’s committed to the downtown area. This free event series gives members of the community the chance to try popular group fitness classes for free throughout the month of April on the City Plaza turf on Fayetteville Street.