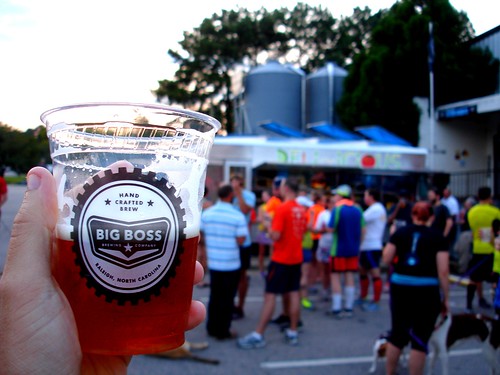 The Big Boss Run Club (BBRC) held its first group run back on May 10th, 2011. Organized by a group of friends with a shared passion for running and craft beer,  Jon Odgers, Win Bassett, Greg Mulholland, and Ben Gaddy created what has become one of the most popular brewery supported run clubs in the Triangle. On Tuesday May 19th the club will celebrate its 4th anniversary with an official group run at 7pm followed by beers, raffles, and food truck options at the brewery. A group photo will be taken at 7pm on the patio in front of the brewery by the club’s local celebrity runner photographer Gary Franks.  Everyone is asked to wear their BBRC shirts for the photo. Don’t worry if you don’t have a shirt yet. This run club is open to all runners of all levels. Everyone is welcome to attend! 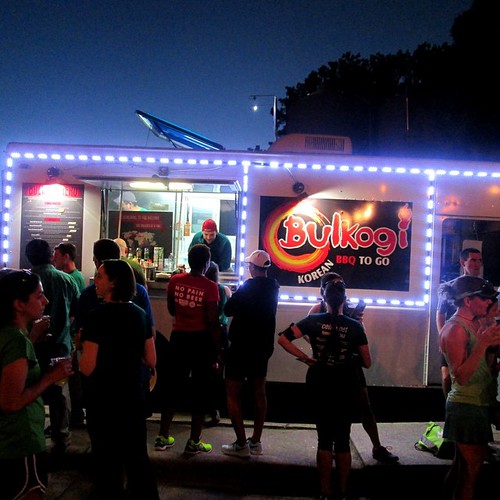 A special beer release of Big Boss’s “Tail Wind” is also scheduled as part of the celebration. Tail Wind is an easy drinking, hoppy session ale brewed by run club organizer Jon Odgers and the Big Boss head brewer. Known as run club beer, it’s the only beer brewed for a run club by a runner. The event will feature several awesome guests that will be offering free raffles and discounts including: