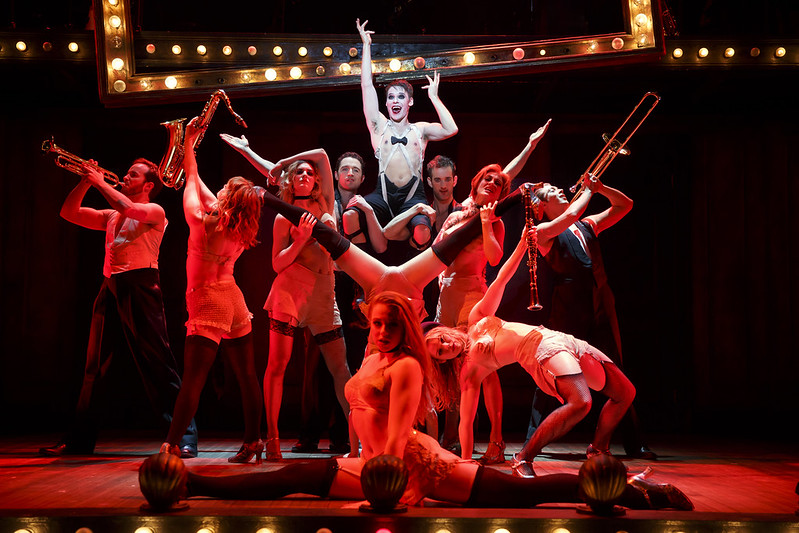 Last night I made the short drive from Raleigh to the Durham Performing Arts Center to catch the opening night of Cabaret. Roundabout Theater’s Tony Award-winning revival of the classic Broadway musical runs through this Sunday, April 24th. First produced in 1966, its message of society gone wrong while false optimism and entertainment serve as distractions is just as relevant and poignant today.

The setting is 1931 Berlin just as the Nazis are rising to power, with the tawdry Kit Kat Klub serving as the backdrop through which the ominous political developments of the time unfold. There is a party like atmosphere in the air, but the fun is about to come to an end even as the dancers and patrons of the club celebrate, blissfully unaware of the troubling times coming their way. 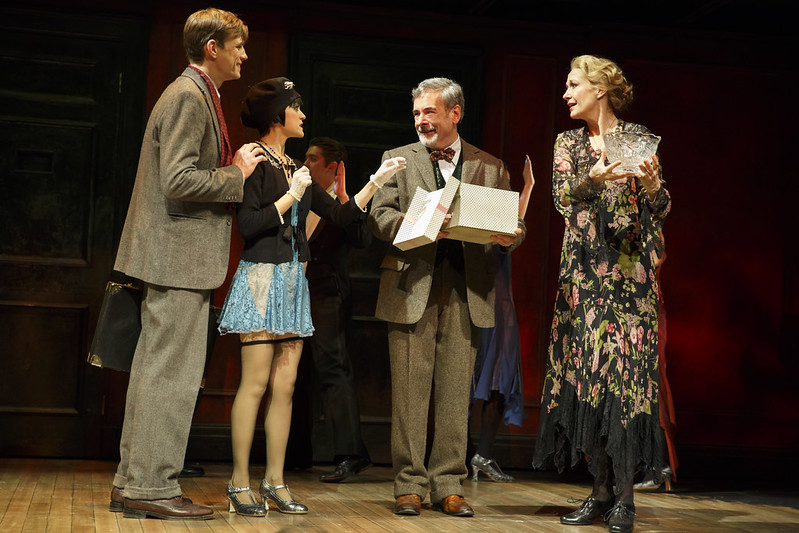 Seeing Cabaret is like watching a show within a show. Even before the opening act the curtains are drawn showing the full stage as performers warm up. Dancers doing stretches while others warm up their instruments. The band isn’t in a pit hidden away, rather they are in clear view on the upper tier of the bisected stage. I loved how the musicians integrated into several of the club scene numbers. This unique format helped blur the lines between the mechanics of putting on a musical and backstage preparations one might imagine happening at the Kit Kat Klub it portrayed.

The revival has a dazzling display of talent. The cast is anchored by Randy Harrison, best known for his portrayal of Justin in the Showtime drama “Queer as Folk,” playing the role of the Emcee. He serves as a provocative and sarcastic guide through the world of sin, pleasure, and heartbreak. Harrison is a powerful presence on stage portraying the sexually charged escapist entertainment of the Kit Kat Klub. Introduced during the first act he implores the audience to leave their troubles outside, and declares that “everything in here is beautiful”. 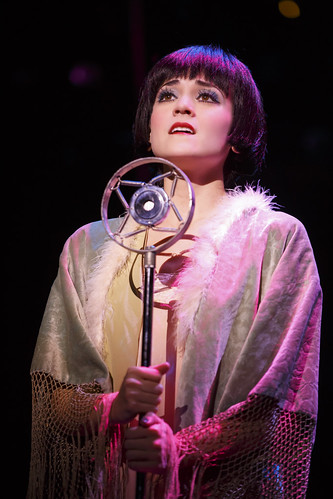 During a particularly entertaining segue into the second act Harrison interacted with audience and almost brought the house down with a smart joke about being denied use of the bathroom during intermission (a nod the North Carolina’s controversial HB2). Again this unscripted moment served as reminder that oppression is still very real today.

Strong performances were also given by Lee Aaron Rosen playing Clifford Bradshaw – the aspiring novelist in Berlin to write his book and Andrea Gross playing Sally Bowles – the star performer at the Kit Kat Klub. The two end up sharing a room at a local boarding house and falling for each other in the process. Gross has an amazing booming voice that fills her numbers with the heart-wrenching emotion of a performer trying to hold on to her career even as the world seems to be crumbling around her.

These two unlikely lovers are in stark contrast to the budding romance between their landlady Fraulein Schneider (Shannon Cochran) and her tenant and fruit store owner Herr Schultz (Mark Nelson). Although German, Herr Schultz is Jewish and his romance with Schneider is doomed as the rise of the Nazis grows stronger like a dark cloud on the horizon. 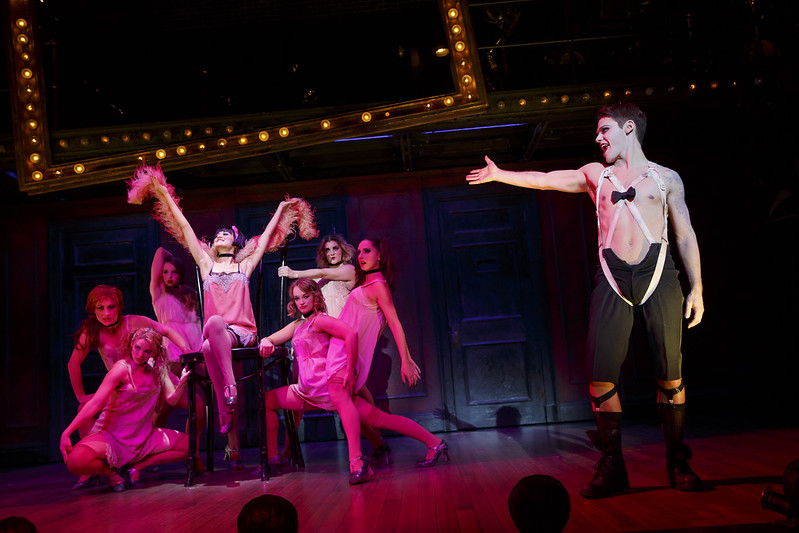 As the musical progresses, the time period becomes more central as the rise of the Nazis begins to impact the characters’ lives. This transformation is deftly captured through a change in costume of the Kit Kat Klub dancers and a number where their entertaining kick-line transforms into a chilling military style ‘goose step’. All leading to the haunting conclusion when even entertainment and self-delusion can no longer be used to deny the dark times that have arrived in Germany.

Among Broadway shows, Cabaret is one of the greats and this touring version of the musical remains timeless. I highly recommend you try and catch this production while it is still in town.

Cabaret continues through April 24th at the Durham Performing Arts Center. For more information and to order tickets visit http://www.dpacnc.com/events/detail/cabaret