Picture of the Week: Old Well at UNC 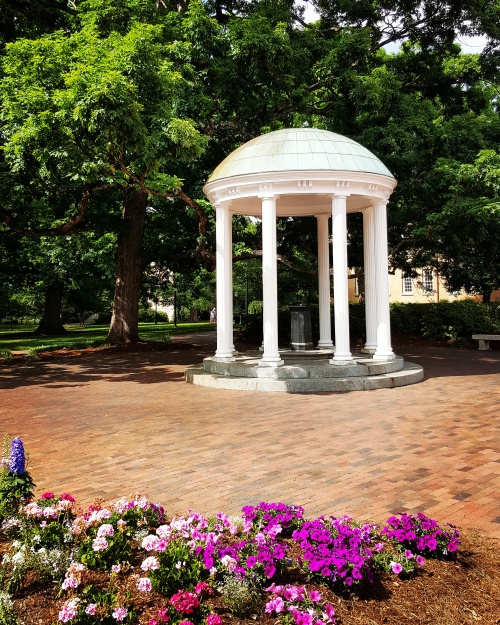 Over the weekend my wife and I did some exploring in Chapel Hill. I took the above picture of the famous Old Well while walking across the UNC campus. It’s a well known landmark for sure, but it got me thinking about its significance. So I did a little digging online find out more about its history.  I learned that the well was commissioned by the Board of Trustees back in 1795 and served as the sole drinking water source for the university for a number of years.

In 1897, university President Edwin Alderman proposed building a new structure over the well. According to Wikipedia “The current decorative form of the Old Well was modeled after the Temple of Love in the Gardens of Versailles“. The structure was designed by Eugene Lewis Harris, a portrait artist and registrar for the university. A drinking water fountain was added in 1925 which is now served by city water. In 1954 the structure over the well was torn down and replaced with a sturdier replica that stands today.

If you are the superstitious type, campus tradition states that drinking from the Old Well on the first day of class will bring good luck and good grades!

One response to “Picture of the Week: Old Well at UNC”