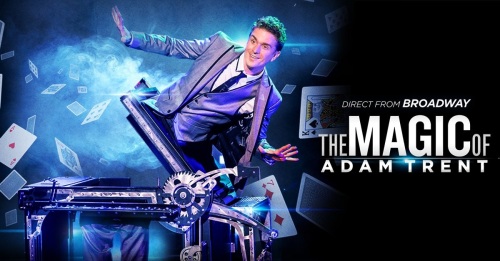 I love magic and  illusions so I am really excited about seeing Adam Trent dazzle the audience with his mind bending show at the DPAC next Thursday, February 15th. Adam is the breakout star of the world’s best selling magic show The Illusionists, and is now on tour with his own 90-minute show that brings his signature brand of futuristic magic and illusion that many are calling “the next generation of magic”.

If you are a fascinated by illusions and magic just like me, or just want to do something a little different for a special date during Valentine’s week you can enter to win a family four-pack of tickets to Adam’s show on the 15th at DPAC by leaving a comment below about why you love magic. I will randomly select one lucky winner to be announced this Sunday. 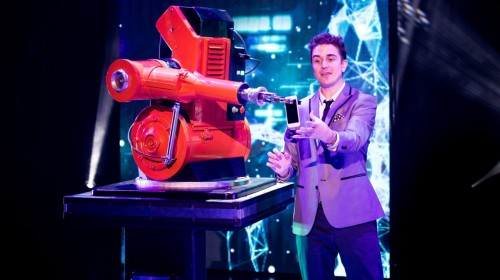 I recently spoke to Adam by phone and learned about his journey as a professional magician and what audiences can expect from attending one of his amazing performances.

For an idea of what to expect Check out the cool clip below from a recent appearance Adam made on the Ellen show to get a taste of the type of magic he brings to the stage. This clip totally blew my mind!

Adam’s journey into magic began at a very young age. “I started when I was about 8 years old, and I saw a magic show with my family,” he said.

By the time Adam was 11 years old he was already booking gigs doing magic tricks at birthday parties. He actually put himself through college doing magic. After graduating from college he found his purpose as a magician, but it was a challenging road. 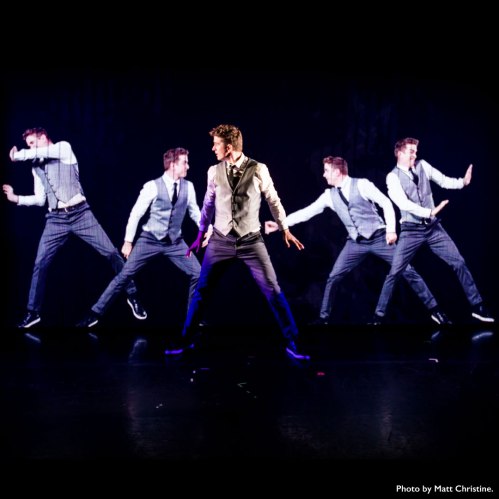 “After college I worked as a street performer out in Los Angeles and on the Santa Monica Pier for over a year. I am self taught and those days performing for crowds on the street were some of the best training I ever had. I think those years play a large role in why I enjoy audience participation in my show so much.”

After those years of working the cruise ship circuit he landed a role with “The Illusionist”  making it all the way to Broadway. Now with his own show Adam focusse his energy into a fantastic 90 minute show with his high energy and friendly personality and a unique blend of high-tech illusions, dance moves and good old-fashioned showmanship that is reshaping magic for the next generation.

The show has classic elements too but is also very high-tech, with video projections, music and props. “This show has something for everybody. Whether it’s their first magic show or their hundredth magic show,” says Trent. “It’s a magic show for people who did not know they were fans of magic.”

I can’t wait to see it! Don’t forget to enter the giveaway to win a family four-pack of tickets to Adam’s show on the 15th at DPAC. Leave a comment below to enter!

The Magic of Adam Trent is Feb. 15 at Durham Performing Arts Center. For tickets visit https://www.dpacnc.com/events/detail/adam-trent.