If you’re a fan of the local breweries in the Triangle and across North Carolina then you will not want to miss this documentary. Brewconomy is a film by  Raleigh based film director Camden Watts that looks at positive impact on local  brewers, farmers, community, and local economy that has come from the growth of North Carolina’s now 1.3 billion dollar craft beer industry.

The documentary will screen at the Meredith College Documentary Film Festival in Raleigh on Sunday, January 24th, at 2:00 PM. The festival is free and open to the public. A panel discussion will take place after the screening. A full schedule can be found on the event website here.  To get a sneak peek of Brewconomy watch the short trailer below. 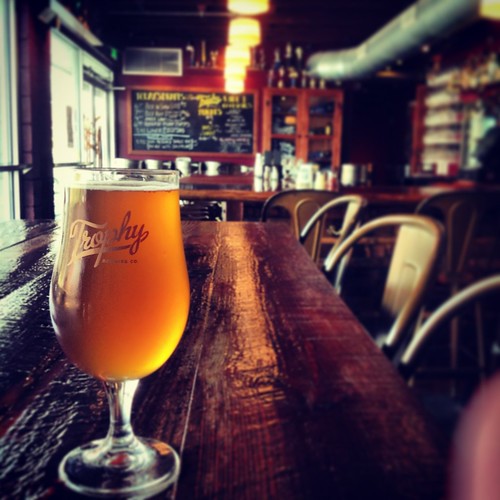 April ushers in a month long celebration of North Carolina Beer at breweries from all corners of the State. Scheduled events include numerous beer festivals, tastings, and dinners. Below are just a few of the Triangle beer related events in April that caught my interest. For a full list of NC Beer Month activites visit http://www.ncbeermonth.com.

April 1st – Casks On Fools at Crank Arm Brewery
At least 23 breweries are joining with Crank Arm to celebrate the kick off of NC Beer Month by bringing a signature cask. Portion of proceeds going to NC Brewers Guild and the NC Chapter of The Leukemia & Lymphoma Society

April 3rd – Trophy Brewing Cask Event at Glass Jug
Every Friday in April at 5pm Glass Jug will be tapping a cask of beer from a different North Carolina brewery. They kick things off this Friday April 3rd with a special cask from Raleigh’s own Trophy Brewing Co. 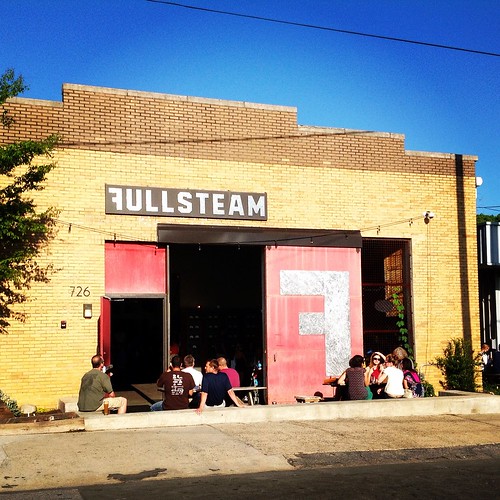 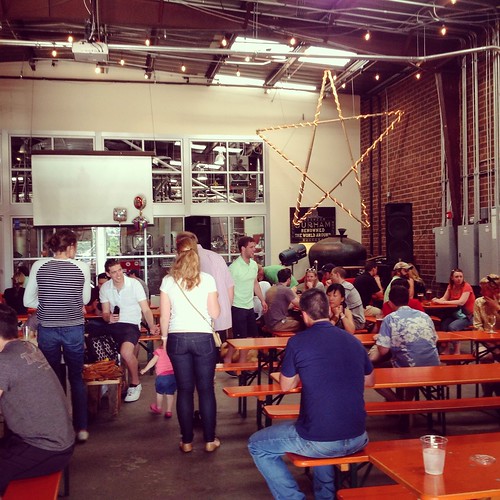 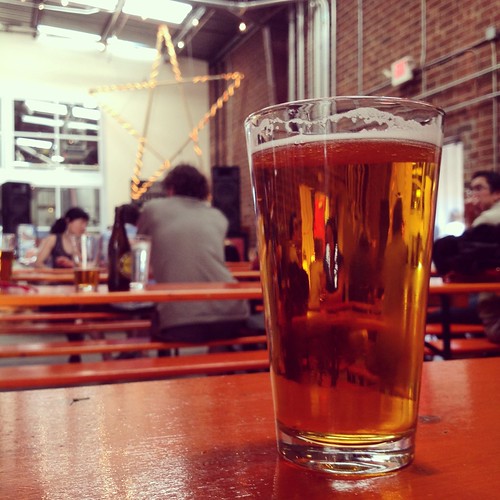 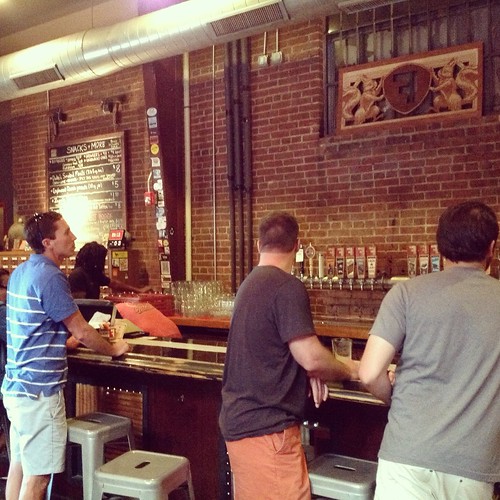 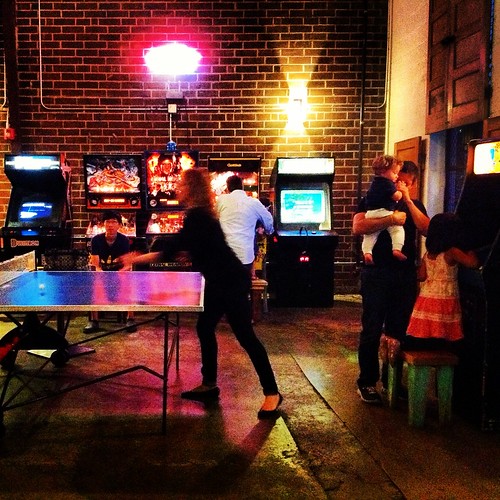 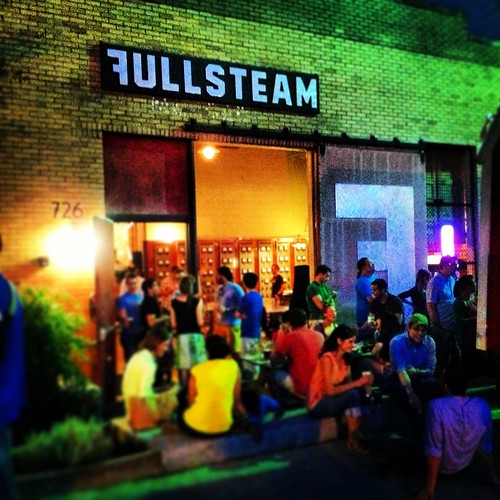 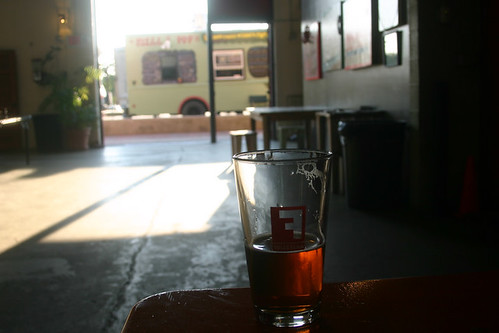 I love the Triangle’s local craft beer scene and it just keeps getting better and better. Today I received word that another great brewery is opening in Raleigh in the Spring of 2013.  Crank Arm Brewery is in the process of setting up their brewery in the Warehouse District of downtown Raleigh. You can read all the details about the guys behind Crank Arm and their vision in the official press release below. You can also follow them on facebook to stay updated on their progress in the coming months. Of course, check back here later this Spring as I plan to visit the brewery once it opens to sample their beers and of course take lot of pictures!

Business partners, Adam Eckhardt, Michael Morris, and Dylan Selinger announce the much-anticipated location of the new Raleigh brewery, Crank Arm Brewing Company. The brewery is an expansion of the thriving rickshaw company, Crank Arm Rickshaw. The brewery will utilize a 7-barrel system and will be opening Spring 2013 in the Warehouse District at 319 West Davie Street, Raleigh, NC. “We chose the Warehouse District because of it’s central location, and because it is the fastest growing district in downtown. Our brewery is going to be a destination hub, amidst restaurants, galleries, and shops, for people to come together over fresh and different brews,” said Adam Eckhardt, Co-Founder/ Head of Sales and Distribution.

The brewery’s mission is to provide fresh artisan beer while incorporating green transportation methods.  Crank Arm will house a bar, for beer enthusiasts who want to sit down and enjoy their beer on-site. The brewery will also have a rolling street team of rickshaws to take people on tours of the City, as well as deliver beer to individuals, restaurants, and bars in downtown Raleigh. “We’re dedicated to cycling as a lifestyle and will have bike racks, pumps, and tools on-hand.  Local deliveries will be made with rickshaws and a “greasel” F-350, which runs off waste vegetable oil,” said Co-Founder Dylan Selinger.

There will be two flagship beers on tap at all times, Rickshaw Rye, a Rye India Pale Ale; and White Wall Wit, an American Wit. The Wit is a wheat beer made from Belgian yeast with aromatic citrusy American hops. They will have 4 seasonal brews rotating at all times in order to provide a new and delicious experience for beer enthusiasts. “We brew what tastes good, we’re not held down by specific beer styles,” said Michael Morris, Co-Founder/Chief Brewmaster.

The brewery’s mission is to provide fresh artisan beer in a laid-back place for people to meet, enjoy life, and taste one-of-a-kind brews.  Crank Arm delivers locally using green transportation. Beer is delivered via rickshaw or waste veggie-oil powered truck in order to minimize the company’s impact on the planet.

Adam Eckhardt, a veteran salesman, has 6 years home brewing experience, and is the Founder of Crank Arm Rickshaw Company. Michael Morris, 4-time GABF winner and veteran brewmaster, has been brewing scrumptious beer for 14 years at several well-known breweries in the Raleigh area, including Capitol Brewing Company, Big Boss Brewing Company, and Natty Greene’s. Dylan Selinger is Manager/Rickshaw Driver for Crank Arm Rickshaw, and has been driving rickshaws in downtown Raleigh for over 5 years.