Compass Rose Brewery opened this past May in North Raleigh. Now that they have been up and running for a few months and have their brewing operation underway they plan to celebrate with a Grand Opening party this Saturday, October 24th. To mark the occasion they’ll have live music, food trucks, and of course plenty of their own beers and guest brews on tap.

I’ve been to the brewery several times over the summer and it has quickly become one of my favorite places to hang out and enjoy a pint or two. Part of the reason is it is located very close to my house in North Raleigh. The brewery and taproom is just off Gresham Road in an industrial park situated between Litchford Road and Capital Boulevard. But convenience is only one aspect of Compass Rose that makes it a great spot.

Another big draw for me is that the taproom is very impressive. It’s around 5500 sq ft of open space with high ceilings, and reclaimed wood finishes with an industrial design look. There’s a ton of room with lots of seating including large picnic tables and long high-top tables making it the perfect spot to meet with groups of friends. There are several strategiaclly placed tvs including a large screen projector making it a nice option for watch games. They also host weekly events include Trivia, Open Mic Night, live music and a rotation of local food trucks. There are also board games and a large chalkboard wall for kids giving the space a family friendly vibe – and yes they are dog friendly too!

Of course, the main attraction is the beer, Compass Rose is 10 BBL brewery offering a rotating selection of their own craft beers along with guest beers from other breweries from NC and beyond. They typically have around 16 beers on tap in addition to wine by the glass. There is large glass wall which provides a nice view of their brewing tanks from the taproom. This Saturday at the Grand Opening Compass Rose will have six of their own beers on tap Saturday including their Oktoberfest, Saison, Pale Ale, Pumpkin Hefeweizen, IPA and Agave Cream Ale.

The party this weekend will also include live music and food trucks. “Fontaine”, a pop and rock band that recently moved to Raleigh from Boston, plays from from 1 to 4 pm followed by 80-90s rock band “Dispense As Written”  playing from 7:30 pm until 11pm. Food trucks scheduled Saturday include Kat-n-Around (German Food) serving from noon to 6 pm along with Not Just Icing (Cupcakes) and Arepa Culture (awesome Arepas!) serving from 6 pm on.

Whether you plan to check out the Grand Opening Party this weekend or visit on another day I highly recommend a visit to Compass Rose. North Raleigh desperately needed its own brewery and with their great selection of beers and beautiful space Compass Rose has delivered a wonderful brewery and taproom to fill the need. 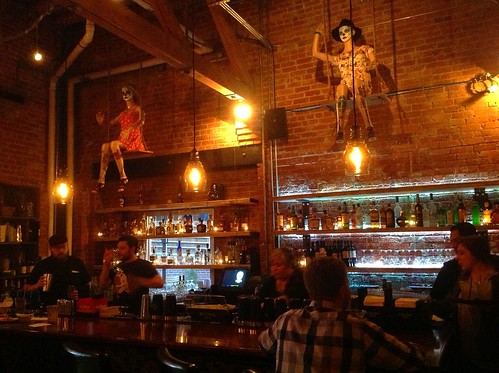 Gonza Tacos y Tequila is set to open their third Triangle location in downtown Durham at 604 Fernway Avenue, in the West Village Complex, this Tuesday February 3rd. I had chance to get a preview of the new location on Saturday night. I loved the cool atmosphere of the space and the great food. With it’s Colombian influence and eclectic Dia de los Muertos décor, Gonza Tacos y Tequila is far from your stereotypical Mexican restaurant. There are no #18 ground beef specials on this menu; instead you’ll find items like Ceviche del Dia, Ensalada del Huerto, Chiles Endiablados and Callo de Hacha Tacos. As well as unique desserts, like their Flan de Coco and Talega de Platano – so popular it’s even been featured in the News & Observer as a “Specialty of the House.” 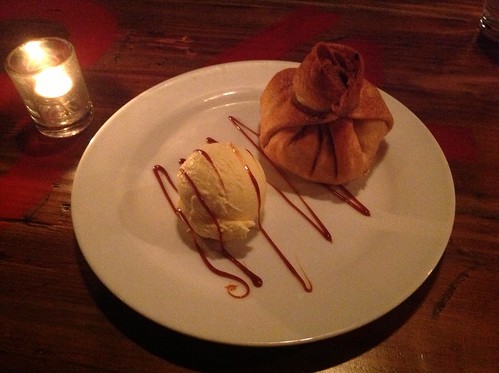 Along with a robust offering of tequilas, Gonza Tacos y Tequila features local beers on tap, as well as creative drink specials that change weekly. Additional features at the new location include a great bar, private dining area & spacious patio seating that is pet friendly. For more pictures of the Durham Gonza location visit their facebook photo album here. 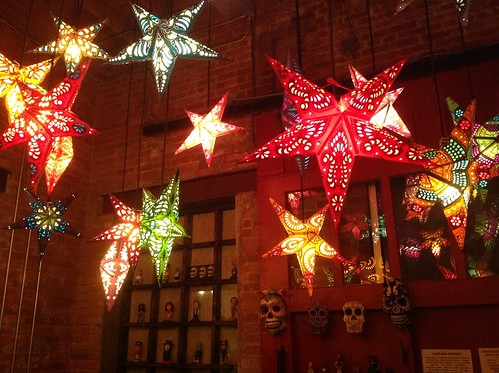 About Gonza Tacos y Tequila
In 2011 Cousins Gonza Salamanca and Carlos Rodriguez opened their first Gonza Tacos y Tequila in North Raleigh on Lead Mine Road. In 2013 they opened a second location in Wake Forest at The Factory on S Main St, Wake Forest. They have won multiple awards including “Best Latin American Restaurant in Wake County” by Wake County Living Magazine 2014, “Best Mexican/Latin American in the Triangle” Indy Award 2014, National Top 50 – America’s Most Popular New Restaurants in 2012 by UrbanSpoonMultiple and “Diner’s Choice” winner by OpenTable.